A new firmware is out! This time, it’s coming along with a new web editor instead of the previous standalone editor, which required installation. We also released a new firmware updater. So, we have a lot to tell you about, let’s start!

The biggest change is the option to map two CC values into one knob. This feature will allow you to use the controller like macro knobs. There is also an option to invert one or both of the values for each knob.

Let’s imagine we want to use the controller for a hardware synth, and we map a knob to the filter cutoff and simultaneously we also map it to the resonance of that envelope, we can invert one value so when we close the cutoff, we will have more resonance and vice versa.

The 14-bit per knob means you now can assign a dependant knob to send a 14-bit cc message instead of being constrained to map the entire preset to be a 14-bit cc knobs.

RPN is now supported along with the NRPN, which was supported in the previous firmwares.

As for sysEx messages, we just ran out of RAM. It is possible to add this feature but with a limited size of messages, which will be not so usable with some old synths and sysEx-based devices. We do promise to create a dedicated firmware for those who want to control some old-school devices.

To support the great new features of the N32B midi controller, we had to update the editor as well. This time it is accessible from your web browser, so you don’t need to install any new software. To use the new editor, you must install the new firmware.

Once you connect your device (with the new firmware installed), the editor will recognize the firmware version and will do a quick sync of the currently selected preset on the device into the web editor.
You can initiate a manual syncing by pressing the “Sync” button and select which preset you wish to sync with the editor.

The new editor design to be simple and intuitive. Choose the knob you wish to edit, select from the first drop-down the mode of that knob, set the settings for that mode, such as the CC value, MSB/LSB, invert and the specific channel, if you don’t want to use the global channel.

Like in the previous editor, you can still save and load presets from your computer. Unfortunately, your previous preset files won’t work with the new editor and firmware. Since those are a simple JSON files, you can edit those in any simple text editor software to match the new editor format.

If you need our assistance, send us an email or reach out to our social media accounts, we would love to help.

The last update for today is the firmware updater software itself. This is the tool we developed for you to update your device with new firmware releases.

So far, it required a physical press of the reset button (As described in this page).
We thought it could be much easier for you if you can skip this step, so we developed the new firmware updater (v1.0.2). It is still in beta phase and might not work on your first try, but eventually, it works.

We will make more efforts on improving this tool. You can always use the older version (v1.0.1) to update the firmware with a button press.

Our next step is to integrate the firmware updater as part of the web editor with an option to choose your desired firmware and alternative firmwares with a simple drop-down menu.

That’s it for this (huge) update. Please let us know what do you think about the new features, if you had any issues, have a future requests or just want to say “hey!”. 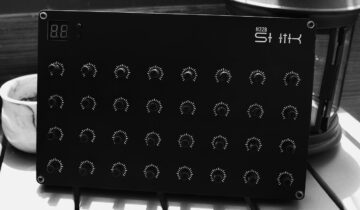 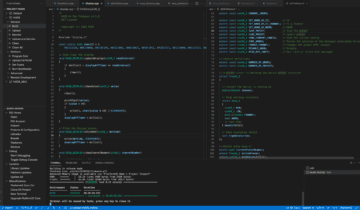 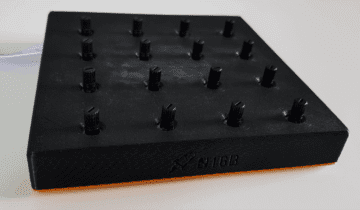 The new look of the #N32B. A dark natural walnut c